Working with Walt Disney Imagineering, I drove the visual and interaction design for many post-show elements at EPCOT’s Spaceship Earth and Disneyland’s Innoventions.  Designed, prototyped, and then built the interface for the kiosk systems that allow guests to create their own postcards and send them home via email.  Designed a two-story globe that provided a live tally of where guests were visiting from, as well as an animated six screen interactive promotion for Siemens – the sponsor of the attraction. 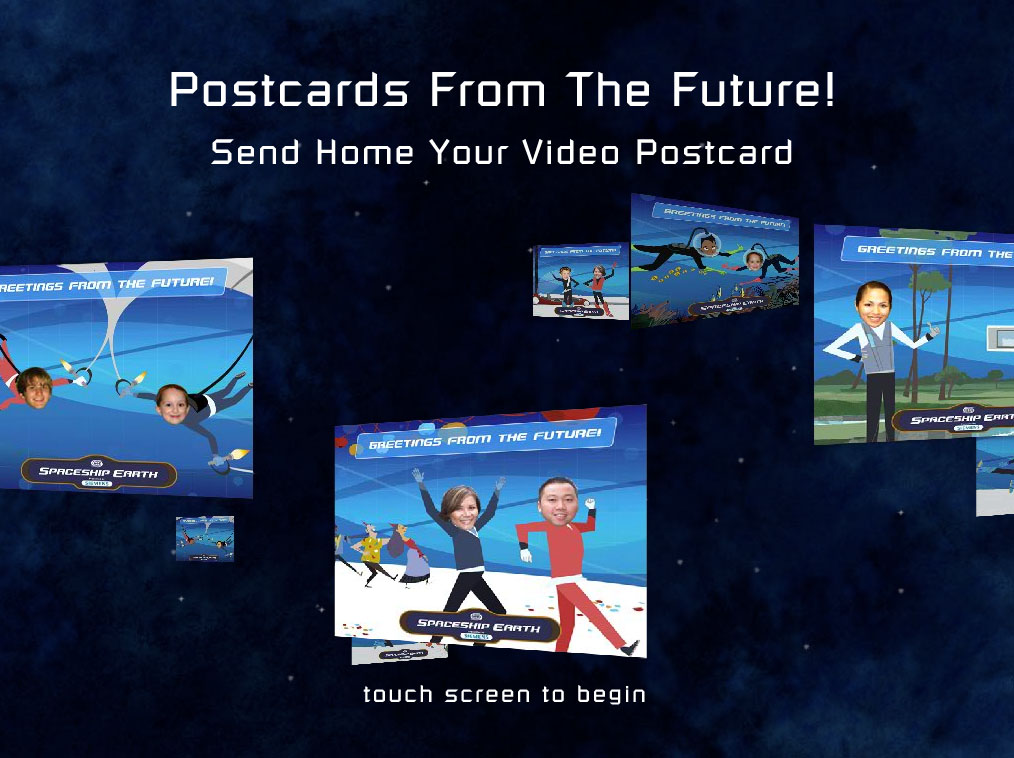 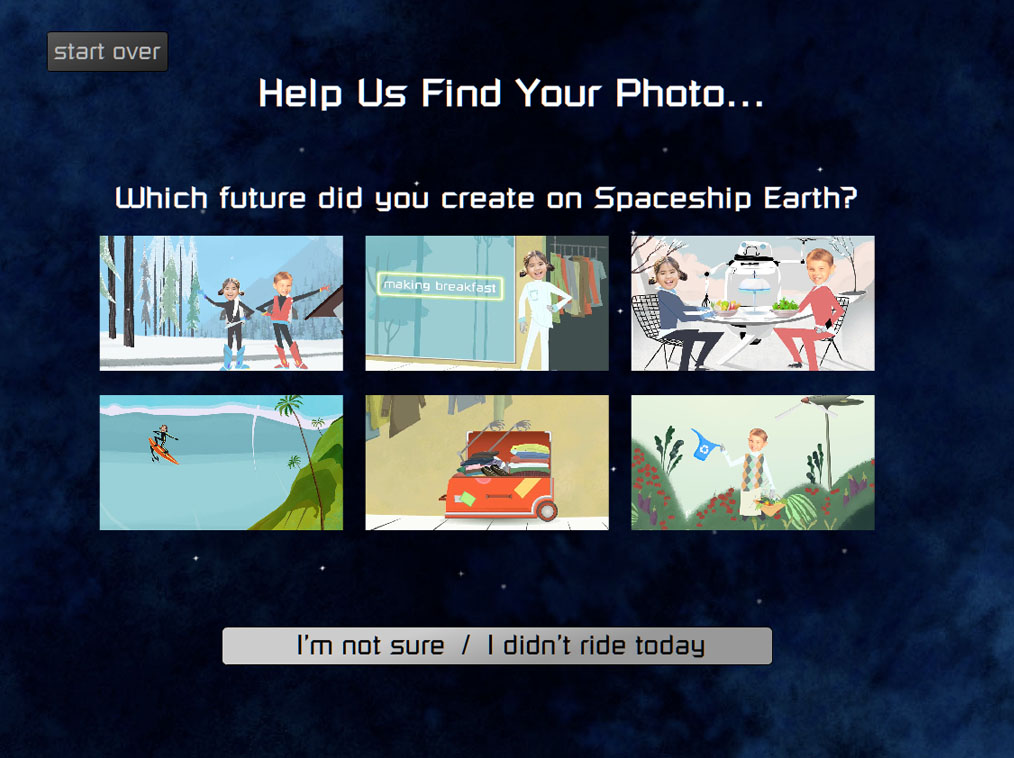 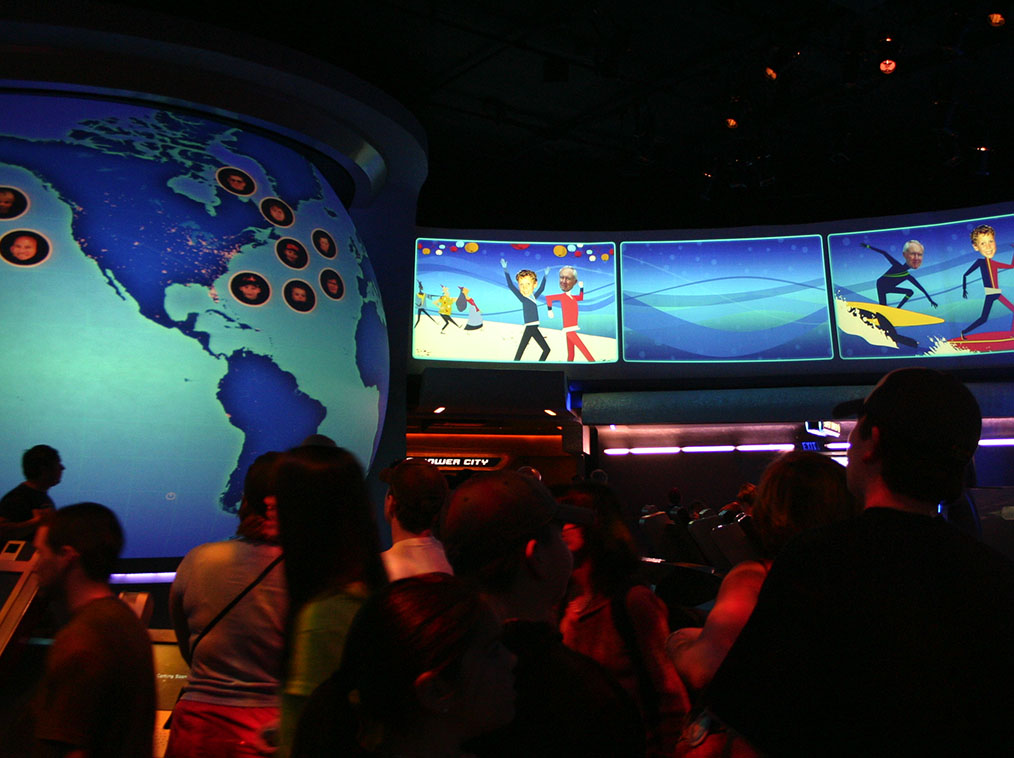 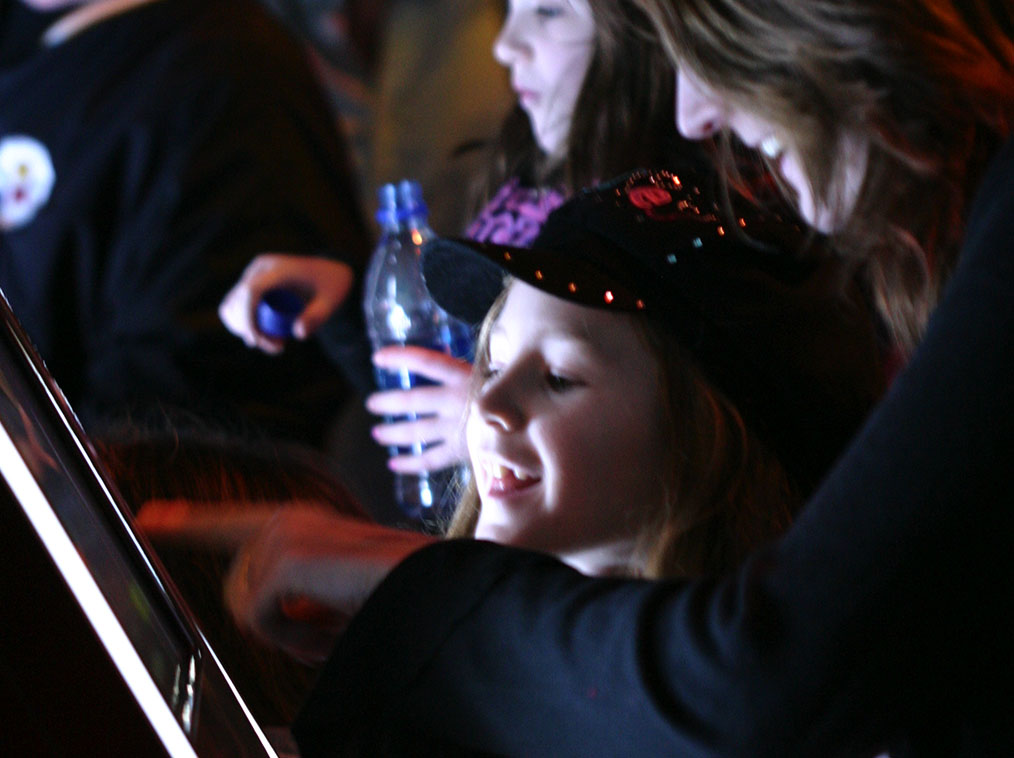 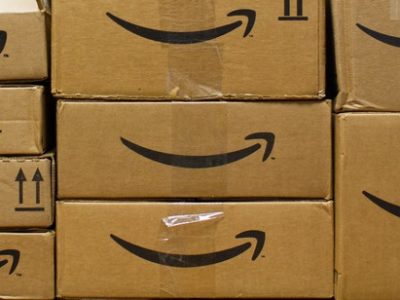 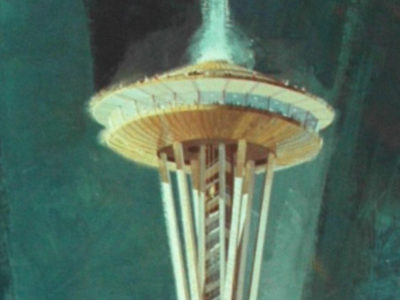 Next Project (n) Museum of History and Industry